​The Tafol Tumble Route (8km)
Join us for some very special guided swims in the Mawddach & Dyfi Estuaries in Snowdonia National Park.

​​Starting from Aberdyfi beach swim all the way to a pebbly beach where the River Tafol joins the Dyfi Estuary. Here you will "tumble-turn" and swim back to Aberdyfi, your tumble will coincide with the turning of the tide, more or less! A total of 8km.

We usually stop for a drink and snack at the secluded pebbly beach as it would be a shame not to! Everyone loves this swim, find out why.
BOOK NOW: 15 JULY

A fabulous journey, in a stunning location. A 10km adventure swim on the Mawddach estuary. Chief guide, Mike, first swam this route in the winter of 2013, in lots of neoprene.

In 2017 The OSS introduced the Mawddach estuary to many swimmers with an organised swim event, christened the "Hurly Burly".

​Now is your chance to complete this spectacular swim in a small group.
BOOK NOW: 16 July

A new guided route option for 2023, swim from Aberdyfi Beach to the railway bridge and back. That's 20km total, an unforgettable swim experience. This is the most challenging swim we offer.
BOOK NOW: 06 AUG 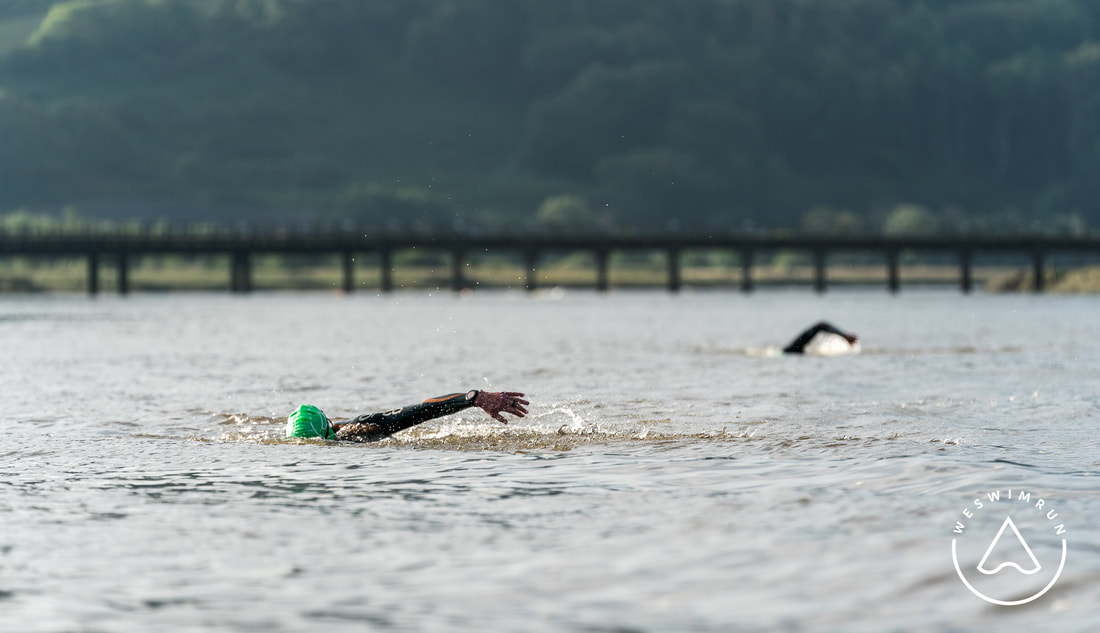 Other dates may be available for groups of 6 or more. For Anglesey enquiries get in touch. 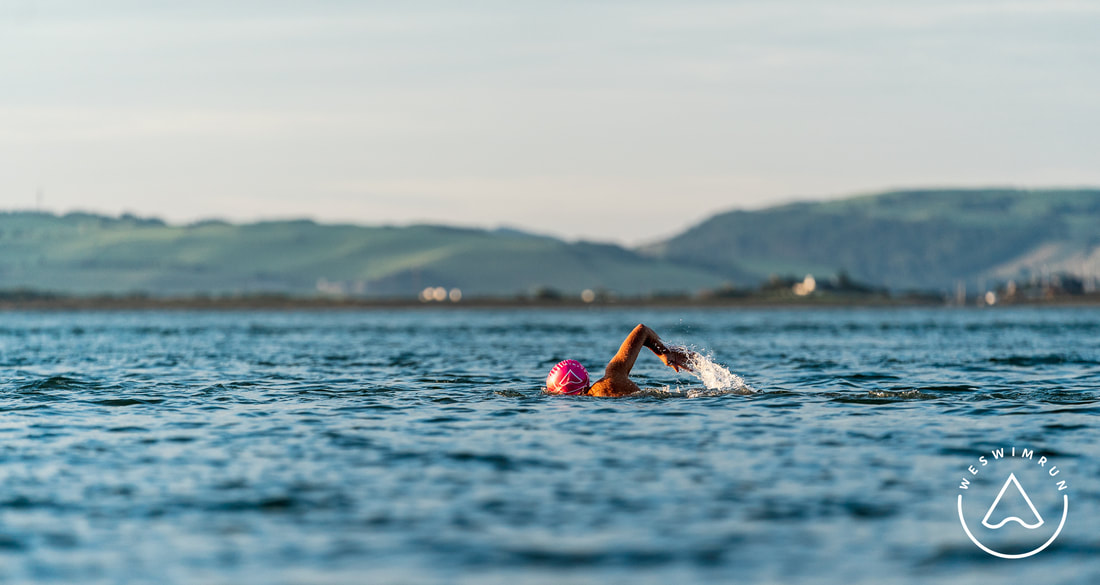 Group size of 8 to 12, all of which will meet the pre-requisite swim speed. We will be in touch with all participants to advise on meeting time & place, and further details about the swim. On the point to point swims transport is provided.
Includes all logistics & shuttles, expert guiding, water safety & first aid, photos, nutrition as required. 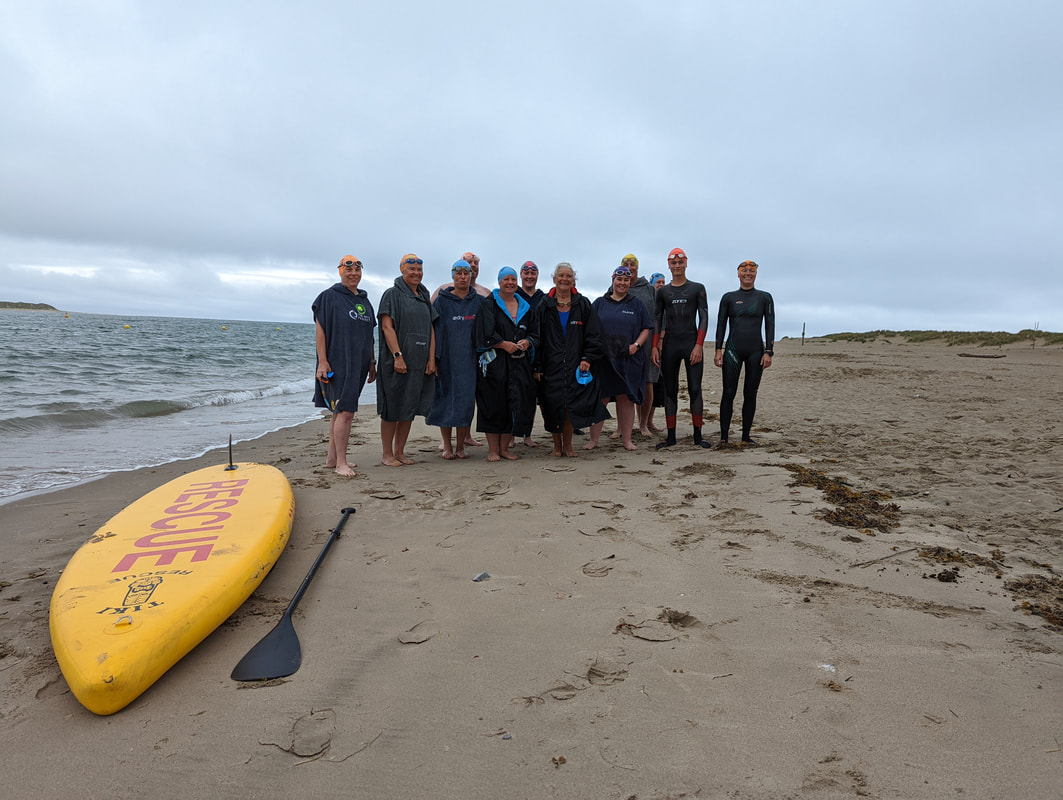 If conditions are such that we need to change plan, then we will. 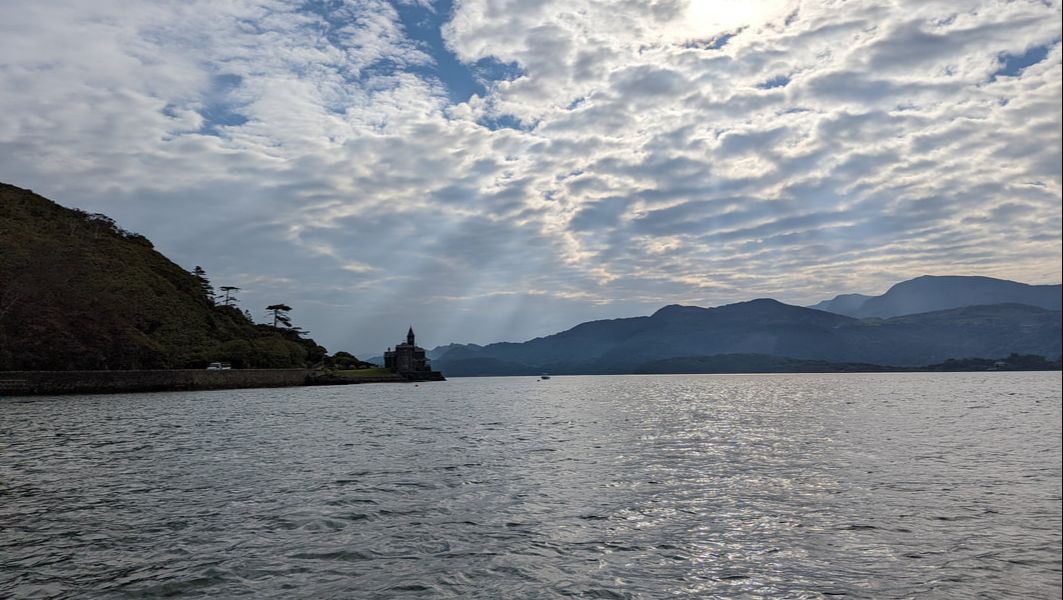 Once you've swum under Barmouth bridge, your swimming amphitheatre awaits

Chief guide, Mike, has been exploring the Dyfi & Mawddach estuaries since 2012. He founded Aberdyfi Swim in 2017 after regularly swimming all of the routes. 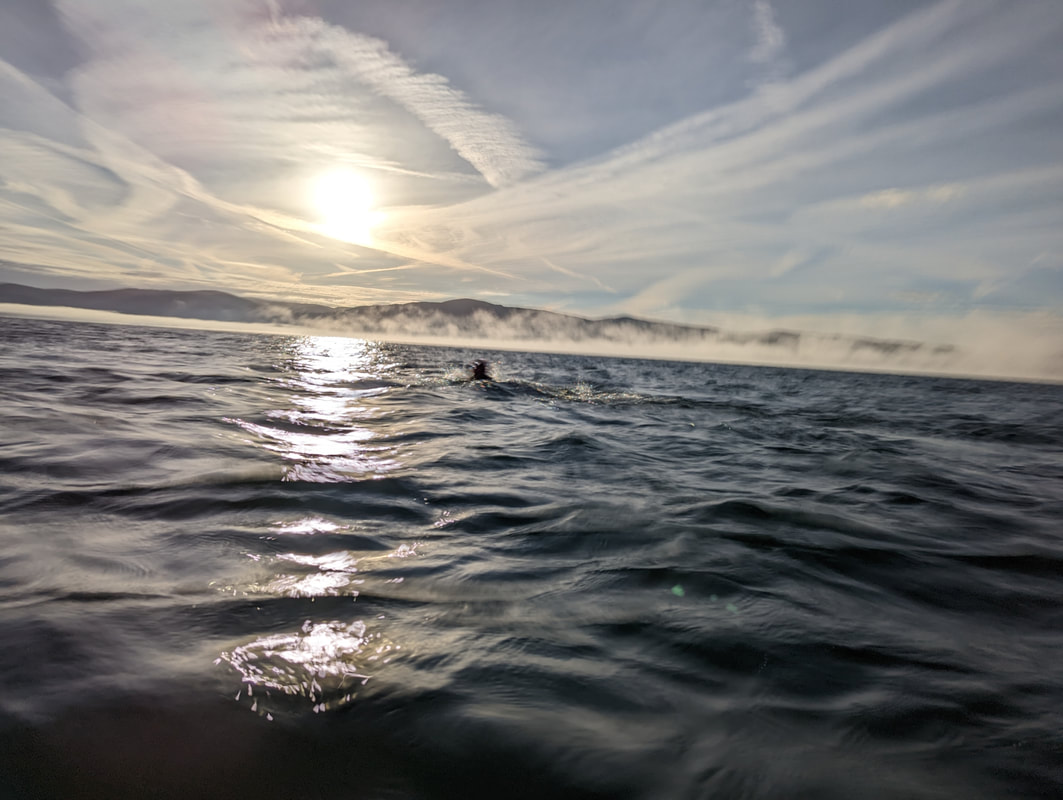 The Tafol Tumble 8km, one of our favourites at sunrise

Josie was among a group of swimmers who took on The Triple Crown 30km over 3 days, here's what she said:
"A huge thank you for arranging such an amazing weekend. I loved every minute of every swim. They were all very different and posed their own challenges. I even enjoyed the struggle against the tide, although glad it was only a small stretch that was really tough.

I was worried beforehand that those distances in just 3 days might be too much, so finding myself wanting to do more has been a lovely surprise. I hope you have recovered from hours of being on your SUP, that was quite amazing to see.
​
Many thanks again to you and your team, for a great weekend." 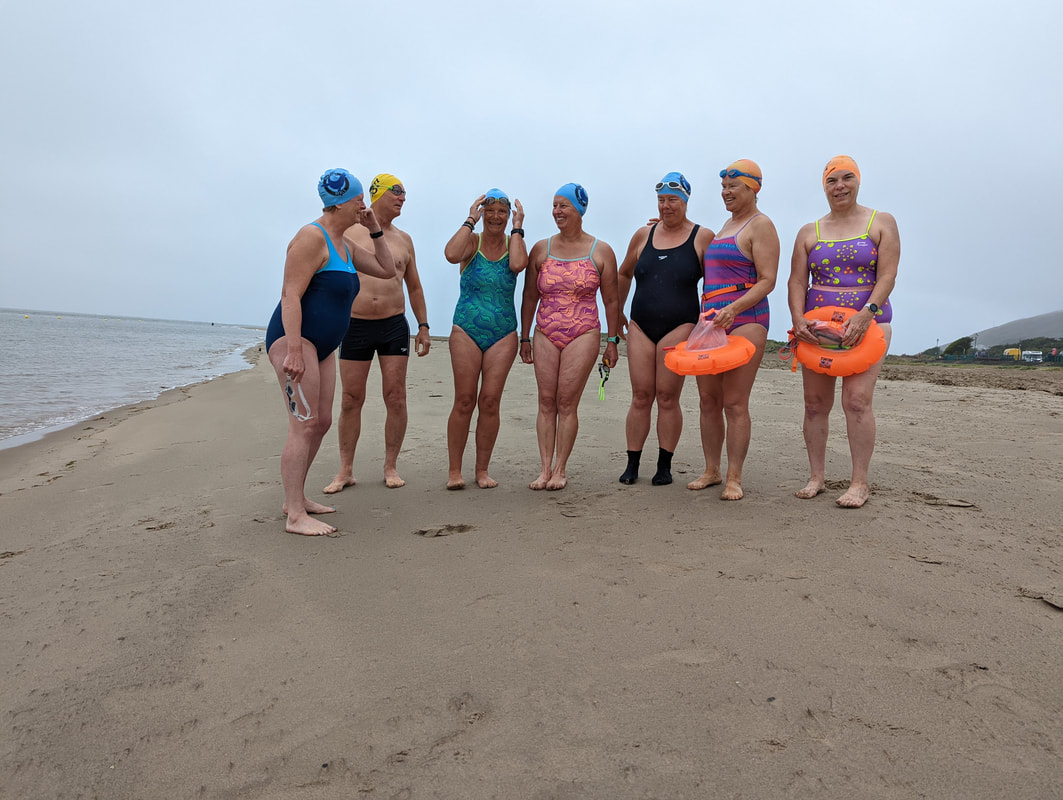 Swimming back to Aberdyfi beach
Mike first swam these routes on the Dyfi estuary in 2012, Menai Straits 2010, and the Mawddach estuary in 2013. He learnt about all of these stretches of water initially from his sea kayak. During this time he co-authored The Wild Swimming Code with Dan Graham for Natural Resources Wales. 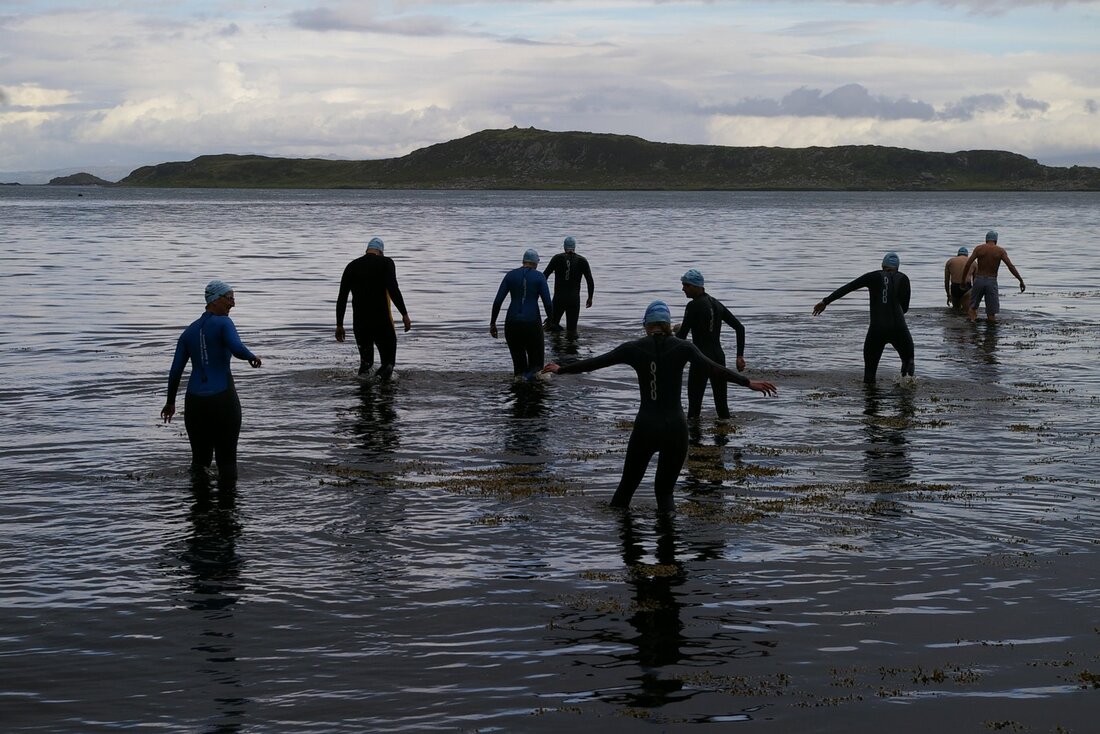 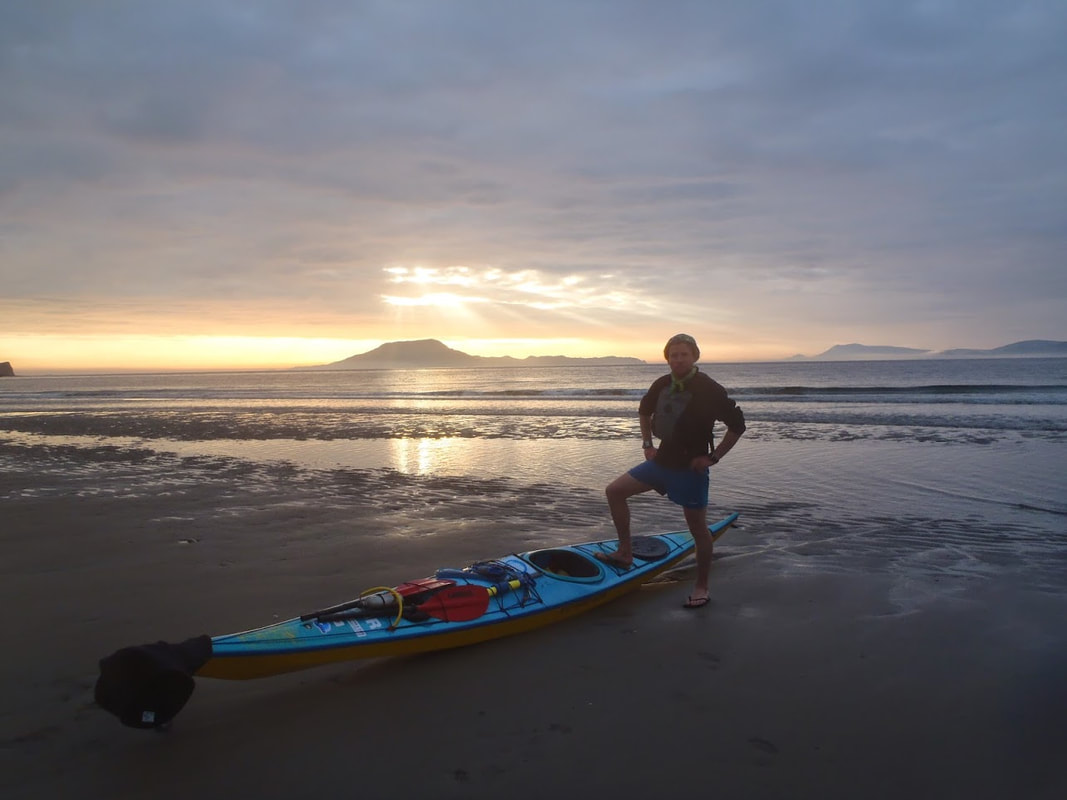